Great Are You, Lord

“Great are You, Lord” by Casting Crowns is a song we’ve recently begun singing in our worship service. Our worship leader, Jen, thought you might like to familiarize yourself with it some more so I’m posting it here for you to play to your heart’s content. You’ll see more posts like this one in the future as we introduce new songs.

“He himself gives life and breath to everything…in Him we live and move and exist.”

“To an Unknown God”

This song reminds me of the Apostle Paul’s message (Acts 17: 16-34) to the Greeks of Athens who had many shrines, idols, and alters. Paul even found one alter dedicated “To an Unknown God”.

Back in the 6th Century B.C., Athens had been faced with a plague that none of their gods could stave off. Epimenides reasoned that there must be another god unknown to them who could do something about the plague if they called out to him and acknowledged their ignorance of his name. They built alters dedicated “To an Unknown God” and offered sacrifices. The plague immediately abated, and everyone recovered within a week! Sadly, the people eventually forgot this unknown God and the mercy he had shown them, and the story of Epimenides was relegated to the history books. (You’ll find this story is more detail in a book called, “Eternity in Their Hearts” by Don Richardson.)

Paul took this intervention from God in the distant past as a touch point from which he could relate Jesus to their culture. He said, “I want to tell you about this Unknown God. We didn’t make him; He made us! He’s not an idol made by human hands; He’s the living God, creator of the world and everything in it.” Paul had probably observed the people offering food to their idols, so he went on… “…and human hands can’t serve his needs — for he has no needs. Rather, He is the one who satisfies every need.”

God made us! But why?

Why did God breathe into Adam and make him a living soul — and not Adam only, but every human being, every people group, every nation? Paul explains, “His purpose was for the nations to seek after God and perhaps feel their way toward him and find him” (vs. 27). The song starts out with, “You give life. You are love. You bring light to the darkness”. God’s purpose has always been that all people of all nations should seek and find Him. Although redemption’s story is told through the Jewish nation, he longs for all humanity to know Him. He is findable. Paul says, “He is not far from any one of us” (vs. 27).

Eternity in our hearts

Like the Greeks of Athens, we all long to worship. We devise religions because we believe in the after-life. This longing to find the eternal and know God is innate within us; we were made to worship! Ecclesiastes 3:11 says, “He (God) has planted eternity in the human heart.” If we don’t worship God, we will find something else to worship — for some it’s an idol carved by human hands; for others, it’s a person we aspire to be like, wealth, or an ideology.

But it is the breath of God in our lungs! 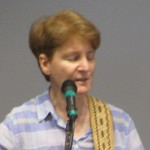 Wendy's heart for the nations took her on a 21 year stint of teaching ESL in Taiwan. 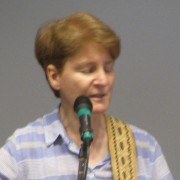 Wendy's heart for the nations took her on a 21 year stint of teaching ESL in Taiwan.

5 Comments On “Great Are You, Lord”

This site uses Akismet to reduce spam. Learn how your comment data is processed.

If you wish to make a donation to Shiloh Christian Centre by e-transfer, please:

Using our donation page is the easiest way to make sure you have submitted the necessary information.

Official donation receipts will be sent out at the end of each year.